The Petty family has been involved in funeral service since John Lawson Petty, Sr. stocked handles and linings for homemade caskets in his store near Gowensville, SC in the late 1800's. Later, his son, Tolly Woodson Petty stocked caskets in his store which was in Gowensville through Petty Merchantile Company. He also offered his services by providing a horse drawn hearse for adults and a small white horse drawn hearse for children.

In 1927, the business was relocated a few miles down the road to Landrum. The facility was in a small brick building on Trade street. Tolly W. Petty's son, J.L. Petty II enrolled in Gupton Jones College of Mortuary Science in Nashville from where he graduated in 1932. Later, he took post graduate courses and became the first licensed embalmer in northern Spartanburg County.

In 1984, after J.L. Petty's death, the business was taken over by his son, John L. Petty III who graduated from Gupton-Jones Dallas Institute of Mortuary Science in 1965.

The Petty Funeral Home continues it's personal service through it's fourth licensed generation. 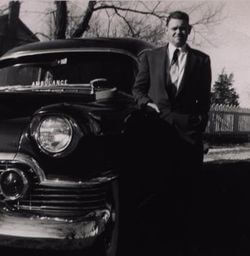